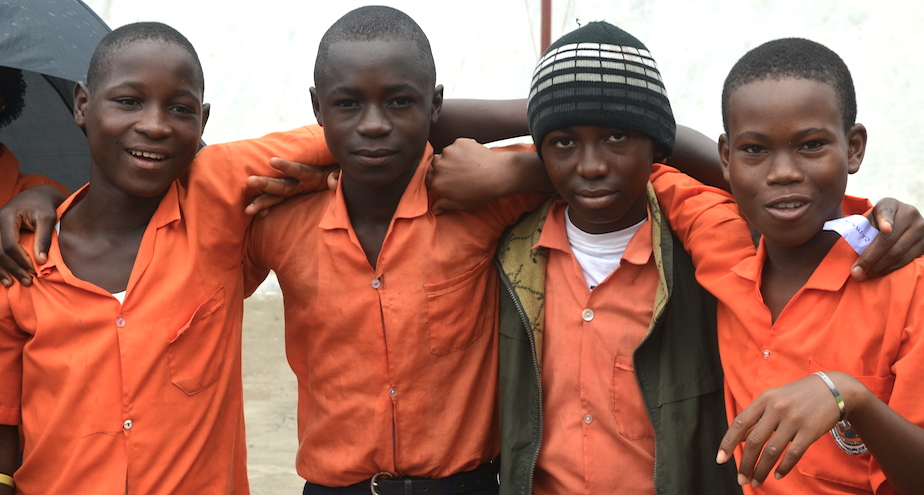 Fourteen years of civil war-ravaged Liberia between 1989 and 2003. Rebel factions kidnapped children, forcing them to abuse their own families as a way to condition them into being ruthless soldiers. The UN estimates that 15,000 children fought, murdered, and pillaged during the war. Warlords gave soldiers of all ages psychedelic drugs to force their dependency and extinguish their inhibitions. Families fled to the capital of Monrovia to escape looting, rape, and murder. The city, crippled with no infrastructure or government, became overcrowded with refugees. More than 150,000 people were killed, leaving more than 50% of the population under the age of 18.

Liberia has been steadily rebuilding since the war ended in 2003, however, it is a low-income country and around 54% of the population lives below poverty level. Education must be a priority for Liberia to go forward. Only about 62% of males over age 15 and about 32% of females over age 15 can read and write (2015 estimates, CIA World Factbook, cia.gov). Government schools are full beyond capacity, suffer corruption, and offer low pay for barely qualified teachers. Modest school fees or uniform requirements for private schools put basic education out of reach for most families. A 2013 news report indicated that many young girls were turning to prostitution to pay for school.

The founders of STC were compelled to help the war orphans and former child soldiers of Liberia after witnessing firsthand the atrocities of the civil war. In 1997, we helped found a school in the capital city, Monrovia.  At that time, it was the only tuition free school in the country, and the only school focused on Christian education and counseling for former soldiers and war orphans. Our schools operated consistently and expanded steadily, even during wartime, unless forced to close by the fighting. As former child soldiers have aged through our schools, the mission has expanded from war orphans and former soldiers to reach children who simply cannot afford to pay for school.